In August 2017, we gave each of the fifty seven regional delegates in the 2017 Search for Miss Teenage Canada a welcoming gift at their Opening Party, which is a week before the Grand Finale, where one delegate wins a crown. 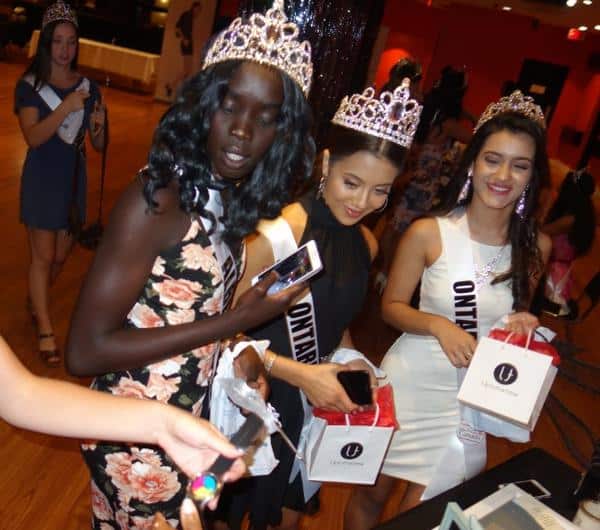 This was the ladies’ first night together in Toronto, and the start of what the organizers call Experience Week. Over the next seven days the delegates would really get to see the city and be impacted by generous sponsors, gracious hosts and a general spirit of camaraderie and commitment to help each other. On this Opening Night it really didn’t feel like a beauty contest or a ‘cut-throat competition’ where there’s only one winner.

The pageant’s Grand Finale was scheduled for Sunday 13th August at the Richmond Hill Centre for Performing Arts, and at that event our CEO, Dahlia DeSouza, was one of seven Judges. But that’s another story, and you can read all about Emma Morrison and her crowning moment on their website. On this night we were all about giving gifts and sharing love and inspiration with these remarkable teens. 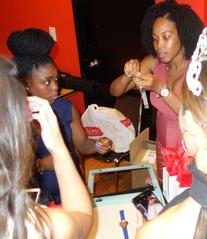 The Opening Party at Edward Village Hotel in North York introduced everyone to each other in the best possible circumstances. The meet-and-greet happened in a big empty ballroom where there was a mini karaoke competition, an Instagram hashtag collection and display attraction, free shoes, dental supplies and beauty products galore. This is also where the delegates got their more generic provincial sashes and crowns which they would wear for competition. That helped them bond too as now they could be grouped as ‘East Coast Girls’ or ‘Prairie Girls’ etc. 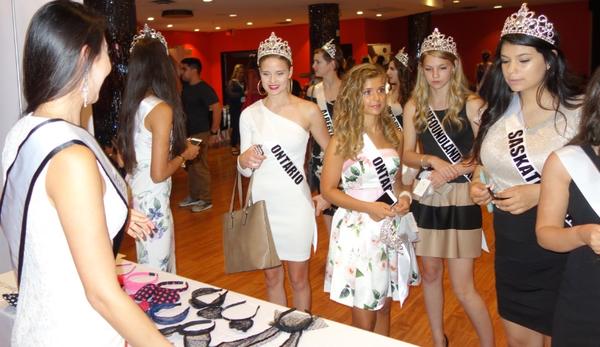 Lily Liao from Streetchic.ca was at the table beside ours dispensing designer earrings that were shaped like maple leaves. She was a real celebrity with the teens who had all submitted fashion blogs to the magazine. Lily edited their work and published almost all submissions. At the Grand Finale, she gave five silk scarves to the best fashion bloggers.

Fifty-seven delegates appeared to meet each other and the sponsors, and pageant organizers. Alice Li who was one of the hosts of the Grande Finale on Sunday 13th August, was there dispensing sponsored gifts from Super Adorbs. 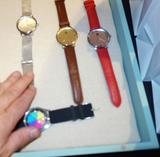 At the UptotheTime Watches table we had something special cooked up for the delegates.  Knowing full well they would share these moments on Instagram and Twitter, and knowing we were going to be donating a beautiful watch the winner, we asked the ladies to pose with the watch they would most likely chose if they won. It worked as the idea challenged them to consider their personal brand identity and the concept captured their young minds and made them visualize themselves wearing our watches. 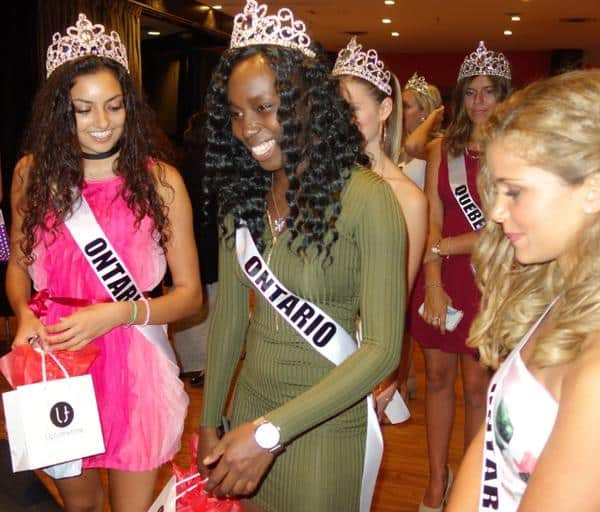 Fifty seven Twitter and Instagram feeds that night were filled with images of our products, tagged with our make and model numbers as the delegates very publicly showcased themselves wearing their watch of choice. In that moment they did individually experience the confidence and power emanating from our sophisticated and stylish timepieces.

So even if they didn’t win the contest, as fifty six of them would not, they would know the joy of wearing a nice watch and perhaps seek to purchase something for themselves later in life. A watch completes a woman, she can be out on the street and be UptotheTime. 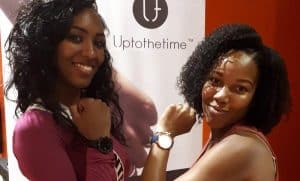 In the gift bags we donated a lovely gold necklace that was the subject of much adoration throughout experience week.  Our bag also contained some motivation messages and reminders to each of the delegates they were already big winners in the game of life.

Facebook Email linkedin
Newer Don’t be the same, be better!
Back to list
Older Keeping Time with the 2017 Search for Miss World Canada

Sign up to get the latest on sales, new releases and more …
[uptnewsletter]

close
close
Start typing to see posts you are looking for.